But from the current point of view, although the concept of unmanned driving is hot, there is still a long way to go from practical applications. Therefore, if the manufacturers blindly put the focus of research and development on driverless driving, it is undoubtedly too high and far-reaching. As an ordinary consumer, you shouldn't just stare at the unmanned car technology. In fact, many manufacturers have developed a number of new technologies to improve our driving safety and experience in all aspects. These technologies are equally fresh compared to driverless, but they are easier to implement, and some have even appeared in cars or have already appeared at the auto show.

So let's take our eyes off the driverless and see what technology will be applied to the new model.

Will look at the "face" vehicle safety system 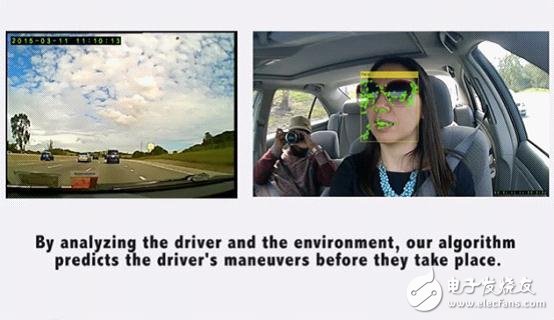 Safety is always the first goal of automotive technology development, not only for driverless cars, but also for technologies that are currently expected to be applied. However, the safety devices of many vehicles can only guarantee the safety of the owners only when they avoid other vehicles or pedestrians, and they are still very passive. A newly developed on-board camera that monitors the body language of the driver can determine the situation in advance by recognizing the driver's facial expression and killing the danger before it occurs.

This device can detect the driver's driving process through the camera's head movement and facial expression, including the changing line and turning action during driving. The system can identify the surrounding environment through radar radio detectors and issue warnings when the vehicle is in a dangerous situation. For example, when the driver reaches the left turn, the left steering wheel or seat will vibrate as a warning while turning, and sound and visual signal warnings will be incorporated into the system. In addition, the system is also compatible with GPS devices, and the system will issue a warning when the driver travels to the wrong route, deviates from the target, or enters a one-way line.

In the future, the system will also include infrared sensors including steering wheel tactile sensors and brake pads. It can even detect whether the mobile phone or smart watch is being watched while the driver is driving the vehicle. If the judgment is correct, the system will also issue Notification to warn. 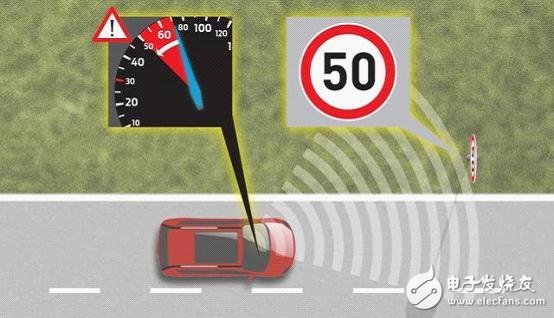 The old car manufacturer Ford has developed a new technology that can monitor the speed limit of the road surface, avoiding the driver to call the traffic police for driving too fast, and can also avoid traffic accidents.

It is reported that this "smart speed limit system" needs to install a camera on the car windshield, which can scan the road signs on both sides of the highway. When the speed of the car exceeds the speed limit, the system will automatically decelerate to meet the requirements. In this process, the system is slowed down by adjusting the amount of oil input to the car engine instead of decelerating by stepping on the brakes.

However, if the driver needs to accelerate, he can press the button on the console to turn off the system, or press the throttle to accelerate. If the car is taxiing downhill and the car speeds up, the system can â€œperceiveâ€ the speed and alert the driver to brake.

You know, when many people pay a fine in a bank, in addition to illegal parking, the most fines are speeding. Ford's intelligent speed limit system can avoid speeding and help drivers comply with traffic regulations, thus saving an objective fine. 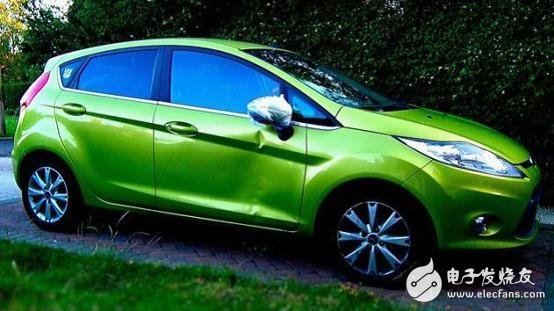 I believe that many people who drive have had such experience. When we are ready to drive, we will find that the car's body is inexplicably sunken or scratched, but I don't know when and why. This may happen in the parking lot, or during the driving process, it may not be easy to scrape. Usually these injuries occur without the driver knowing.

But now this situation can be completely avoided by technology. Recently, Hella of Germany invented a smart body steel plate, which will immediately notify the owner as long as the surface of the car body is bumped or scraped. At the same time, it can be integrated with on-board cameras and GPS systems to record scraped locations and video recordings as evidence.

This technology uses a mesh-shaped pressure-sensitive electronic sensor in the steel plate of a car to detect the occurrence of an accident through a special algorithm. Of course, car rental or insurance companies can also use this technology to improve work efficiency and monitor when the owner or renter is involved in the collision to determine liability.

If all cars have such technology, then the drivers will become cautious and perhaps improve our driving safety.

a seat that can prevent fatigue driving 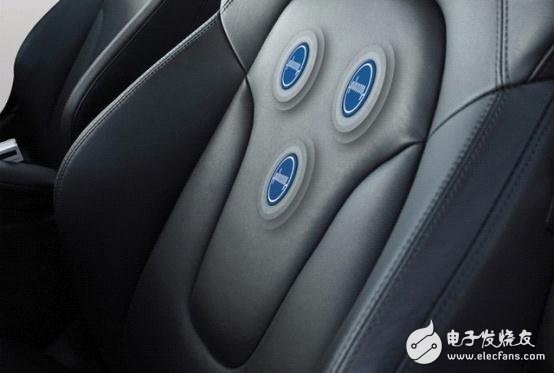 Fatigue driving is another big threat to driving safety after drunk driving, so if you can detect the driver's status and remind you in the first time, you can reduce the risk of dangerous accidents. The R&D team from Nottingham Lund University and Pleass Semiconductor installed a sensor that monitors the driver's heart rate under the driver's seat. If the driver starts to doze off, the sensor will sound an alarm. A capacitive sensor placed under the seat measures the heart signal, breathing and other health indicators of the person on the seat and issues an alarm accordingly.

The researchers chose to implant the sensor chip into the textile material, which is low-key and inconspicuous, and does not appear to be particularly abrupt. If the driver's fatigue is sensed, the sensor will issue an alarm suggesting that the driver turn off the fire. However, if the driver does not pay attention to the alarm, the cruise control system and the lane departure warning system can help, can replace the driver to control the speed, and can even send real-time information to the control center to take the next step.

a tire that can generate electric energy by friction 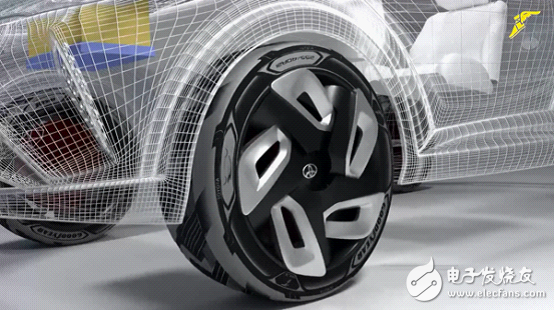 Electric cars have begun to gradually enter our lives, and power and battery life have become the most concerned issues for electric car users. During the driving process, the friction between the tire and the ground generates heat, which is usually wasted in vain, which is a pity.

Goodyear, the world-famous rubber manufacturer, has brought this tire, which converts thermal energy into electrical energy, to power electric vehicles. This tire is made of thermo-piezoelectric material, which can gather the heat generated by the tire and the ground during driving, even the energy generated by vibration and bumps during driving, and finally charge the battery of the electric vehicle to increase the cruising range. In addition, this messy design is also designed with a black texture that absorbs light and absorbs heat. It can convert light and heat into electricity when the car is parked in the sun and the surrounding temperature is raised. 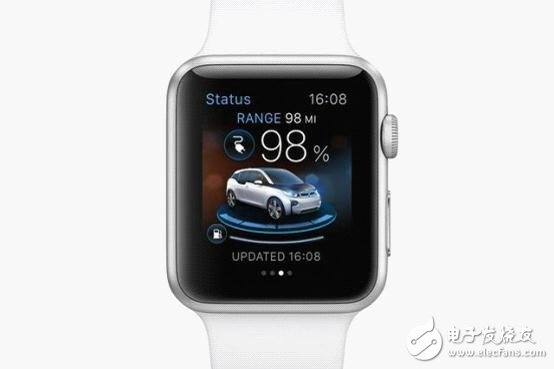 Porsche or BMW owners can access important information on many cars through the Apple Watch app, including travel time, distance traveled, average speed, and fuel usage. In addition, the app will remind the owner that the door is not locked, the open top is not in the state of the car, and even the outside mirror can be retracted remotely.

For plug-in hybrid cars, the app also displays the vehicle's state of charge, and can remotely control the car's air conditioner while charging, so that when we enter the car, we will feel the coolness of the summer. Finally, including the remaining fuel in the car, display the car position and other functions, you can use the Apple Watch real-time reminder. With such smart technology, we only need to lift our wrists and look at the Apple Watch on hand.

Having said that, in fact, automakers have reached a relatively mature stage in the integration of traditional automotive and technological elements, and many technologies can directly provide greater security and convenience for our lives. Although driverlessness is the ultimate goal of the development of the automotive industry, there is still a long period of time to develop from this goal. Therefore, if you want to experience the new technology in the car, you don't always have to stare at the driverless. At present, many technologies that are used in new cars or are about to be officially commercialized are also very advanced.

Many books have been written and talked about the benefits of using bulbs. They come in a variety of shapes and sizes, and can be gaudy or practical -- the right bulb for your environment can create an atmosphere. The use of decorative light bulbs in your interior design, or use more simple shapes to lighting, or combined with other types of lamp, has the infinite possibility.