In China, Internet TV manufacturers gradually crushed the situation of traditional TV manufacturers. After LeTV announced that it had acquired USD 20 billion to acquire Vizio, the largest smart TV manufacturer in the United States, the newly-emerged Internet whale companyâ€™s micro whale also made a big move on August 1st. At its annual departure conference, the 78-inch â€œCanopyâ€ of the flagship model of the micro-whale TV was released, becoming the first brand to launch a 78-inch surface split TV, breaking the monopoly pattern of imported brands in this high-end field, and Internet TV blank. 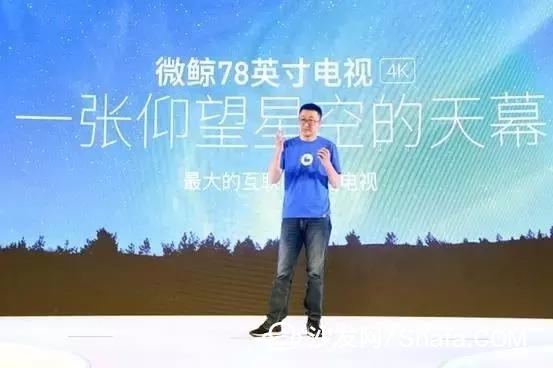 In the TV market, the market share of Internet TV is getting higher and higher, but in the large-size high-end TV products market, the import brands represented by Sony, Samsung, and Sharp dominate, while the launch of the 78-inch â€œCanopyâ€ of micro-whales. It shows that the Internet TV brand is beginning to "erode" the high-end TV field. Its weapons are still the same, with high cost performance and content advantages. These are the shortcomings of imported brands, especially the latter. Although imported TV brands have hardware, However, there is generally no software and content support. This was almost flawed in the Internet era.

Look at the details of this tiny whale 78-inch skyroof TV: In appearance, Sky TV is equipped with Samsung's original imported curved screen 3840x2160 HDR. Curvature reached 4000R, the screen part uses a popular narrow border design, has a high proportion of high screen, the thinnest point reached 11mm; using split design, the TV host, stereo, subwoofer as one, Host part of the interface is rich, equipped with a Bluetooth voice sense remote control. Performance configuration, the micro-whale 78-inch skyroof TV equipped with Mstar 6A938 processor, support H.265 hard decoding, and built-in Hi-Fi-level audio, while supporting 360-degree panoramic sound wireless speakers. At the same time, the second-generation â€œRui Lideâ€ technology has been newly upgraded in image quality, supporting a new generation of image quality engines, and a powerful image information database built-in. The display parameters and actual effects of the screen will be dynamically adjusted according to the changes in the content, providing images with brighter colors, sharper screens, and lower noise. With the 78-inch curved screen more in line with the need to see large-scale, but also the first product to support 4K resolution dynamic screen saver.

The tiny whale canopy is priced at 39,999 yuan. From the price point of view, it really is the positioning of the high-end market. Li Huaiyu, co-founder and chief executive of Micro Whale Technology, still considers it to be "value for money". The screen adopts Samsung's unique technology. The single screen cost is both Has accounted for more than 70% of the total cost, and the 78-inch screen size is also a careful choice, its purpose is to really sell large-size smart TV to the "common people", Li Huaiyu said before the industry has launched 120-inch TV, Even the micro-whales did. It is reported that the model has now entered the SMG studio and is assembled.

Why 78-inch size? Li Huaiyu said that the spirit of the micro-whale is to be broken, if only from 55 inches to 65 inches without breaking the feeling. So micro-whales have to make a higher, bigger breakthrough. With a height limit of 2.3 meters for residential elevators in China and a 2.1-meter height limit for homes, after considering various factors, the size of the 78-inch new caliper will be measured in millimeters. This is the most suitable high-end size suitable for entering a home after careful consideration. Remove the door and remove the window, easily enter the house.

One year after the establishment of a business, the five reasons are worth learning

In fact, although the 78-inch canopy TV is the highlight of the audience, it is not the whole content. The anniversary launch of the â€œbetterâ€ micro-whale TV is also the anniversary celebration of the creation of the micro-whale. Good tongue, "Hua Shaoyu presided over, the chief artistic advisor of the company, and Li Jian, the famous singer who participated in the sound quality research and development of the flagship model of the "Tiankei", also came to the conference to help out. In addition, there was also good China at the scene. Voices of former champions such as Li Qi and Zhang Lei.

Of course, the average consumer may be more concerned about how the micro-whales are rewarding their users through the anniversary. They are not disappointed. At the conference, the host Hua Xiao announced that the micro-whale is officially launched. â€ By then, users will be able to enjoy a discount of more than 400 per year for Jingdong and Tmall. 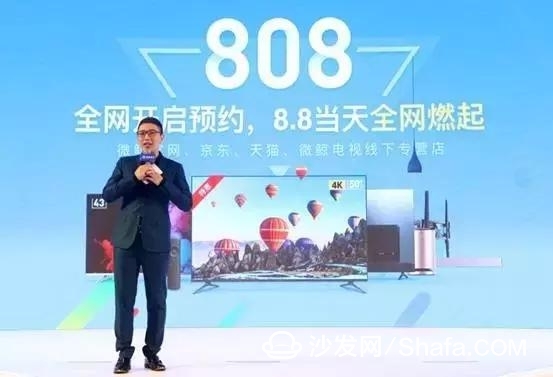 As a newly established Internet TV maker, micro-whales do have reason to celebrate the anniversary of Dahe. Since its founding in 2015, the micro-whale has grown from the first dozens of people to 708 people today. Micro-whales have advanced at high speed in the three industries of smart terminals, software, and content, and have become the largest in the home entertainment industry. One of the growing entrepreneurial teams has repeatedly broken the industry record. In this year, the micro-whale released 12 models of smart TVs, performed 2 system upgrades, 382 optimizations, 49 new functions, and 22% performance enhancement. On the e-commerce platform, the micro-whales acquired users. The average rating rate of 98% of the favorable rate, repair rate was only 0.93% (average industry 3%). Last year, the double 11 and only 3 months of the micro-whale won the first single transaction of the entire Double Eleven. Its only product, the 55-inch TV, became the champion of the double 11-item. This year, the 618 micro-whale became the 4K product of the Internet brand. All-net champion.

During the year, how did the microwhales make such progress? There are five reasons for the observation, which is quite worthwhile for startup companies.

For one, the background is powerful and born with a golden key. Microwhale Technology is a media technology company under the Chinese Culture (CMC) which focuses on Internet home entertainment. It was founded in April 2015 by media giants Li Ruigang and Li Huaiyu, and has received investment and support from Alibaba and Tencent. There are only a handful of start-up companies born in capital, technology, content, talent, etc., and the starting point is high in the industry. In particular, the investment endorsements of Alibaba and Tencent, and the media resources behind Li Ruigang, are not ordinary companies. Can look forward to.

Second, standing on the air of Internet TV development. In the context of the Internet television rolling over traditional TVs collectively and the younger generation escalating their consumption, the development of the micro-whales is a downwind battle.

Third, the unique positioning of "science and technology" and "media". Partly due to genetic reasons, the microwhale chose to integrate "science and technology" with "media" to "provide a high-quality entertainment experience and lifestyle to the young generation of the Chinese Internet." Its brand advocate "is different for a new generation of students." The brand advocates have launched innovative products and content services such as Internet TV, VR virtual reality, smart micro investment, and smart home. The micro-whale insisted on self-study, and engineers accounted for 62% of the 708 people's team. Micro-whale is an Internet technology company with an engineer culture and a content entrepreneurship team. 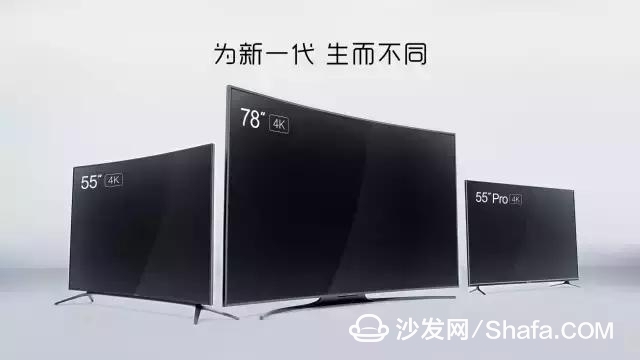 The micro whale's proposed integration of "technology + media" uses technology to change the media and use technology to help the media. There is no precedent in the Internet field. Both Google and Apple have not successfully integrated these two fields. Only netflix has achieved Nice progress.

Fourth, a clear industrial layout. The industry layout of the micro-whale is an industrial layout guided by â€œtechnology + mediaâ€. Under this layout, the micro-whale bets on smart terminals, software, and content. It also focuses on these three aspects. The micro-whale clearly proposes not to do so. Mobile phones, not cars, but only focus on the terminal, software, content trinity of home entertainment platform, micro-whales produced by smart TV or VR, micro-investment are all for this service.

Fifth, force "content cocktails". Compared with traditional TVs, the biggest feature of Internet TV is content. In fact, various Internet TVs are spending huge amounts of money on the distribution of content. Micro-whales are no exception. However, the content of micro-whales has two major features. First, it is backed by Tencent. Ali and CMC have a good foundation. Second, what micro-whales do is not simply content aggregation. According to Li Huaiyu, what micro-whales do is not to â€œshow contents on shelvesâ€, but to modulate â€œcontent cocktailsâ€ to break down. The simple aggregation of the original Internet TV's single content platform or multiple platforms, and the careful modulation of content on the basis of consumer demand and big data algorithms. The self-confidence of the microwhales in this respect comes from their team's genes - over the years to the audience. The grasp, the grasp of the media.

Expansion in the next three directions

The release of the canopy reveals three changes in the future of micro-whales. One is to expand to high-end markets. It is hoped that high-end customers will be locked through large-screen televisions; the second is to expand offline. In the future, micro-whales will no longer be confined to online channels. They are expanding channels down the line to enhance the experience. Third, they will expand into the future market to research and develop and introduce VR and other related technology products.

In the first year, the micro whale mainly through online layout, initially formed a multi-product line of smart terminal matrix (TV, micro-projection, VR helmet, smart audio, smart home), smart TV software system, micro whale produced home-made programs The whole family entertainment front waiting. But then, micro-whales will also make a difference in the offline market. According to AVC, in the first half of 2016, the proportion of online channels in domestic TV sales has increased to 36%, but The income growth of the upper channel is slowing down. In fact, to promote high-end, new technology products, can not do without the offline channel experience. 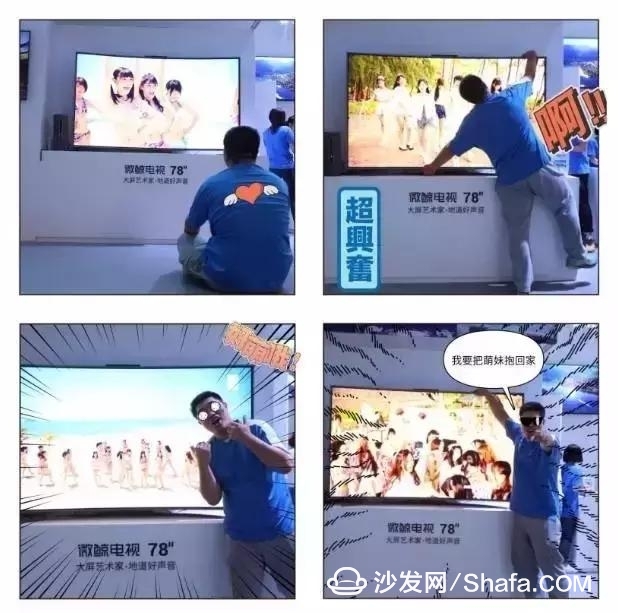 According to the disclosure, the micro-whale's own offline sales network has covered 31 provinces and cities (except Hong Kong, Macao and Taiwan) for three months, and will cooperate with Jingdong (Jingdong) and Murao (Taobao) in the future. Expand the offline network.

In terms of the overall market, although the e-commerce channel is still growing at a high rate, the original Internet brands mainly based on online channels such as Xiaomi and LeTV have all increased the input of online channels. This is the future trend. It is also the decision after the negation of negation. The complexity and multi-layered nature of the Chinese market determine that it is difficult for the online channel alone to achieve brilliant success.

Tin zinc alloy wire is a kind of electronic welding material speciallized for metal spraying of the end face of metalized film capacitor.The capacitors have been widely used in high-speed rail,automobiles,new energy and aerospace fields.